Skip to the content
Mr. Blondin says:
I know Tavius as the confident, cool kid – he knows he has it going on with the ladies; he knows he could wax poetic on any discussion question that was thrown at him; he knows that everybody knows he can do these things in his sleep! He is respected around the building by his peers and by the staff, and he carries himself with the confidence of knowing this.
It wasn’t until I invited Tavius, with other members of the Black Student Union, to my African American Culture class that I got to see this confidence in action.  We were doing a Socratic Seminar on the origins and uses of the “N” word, a particularly loaded topic.  I was nervous about leading this topic, quite frankly, as I was getting into some deep water.  I was blown away by the professionalism of the BSU during this class, particularly by Tavius, who questioned my students, provided insight and navigated these difficult waters with a confidence that I myself wasn’t exhibiting at the time.  He put the room at ease with his way around this topic, and he did it as the only male representative of the BSU.  When he left, my students were constantly saying, “Now THAT’S a man!”
Later this year, I watched Tavius dig deeper into his abilities by confidently playing roles well outside his comfort zone during the school play.  He knew he was entering into some territory with those roles that would make him the butt of some jokes, but he went ahead with it anyway, confident as he always is.  The roles he played are not what people will remember; his confidence in playing them is unforgettable.
The most impressive display of Tavius’ abilities came during our Black Poetry celebration in October.  Tavius displayed an understanding of legacy that day as he chose to perform a piece that his Grandfather had written years ago.  Tavius stood in front of his peers, and his Grandmother and Grandfather, and read those words with pride, discovering a connection with the people that came before him while putting it on full display for others to see and learn from.  I was very proud of him that day; I was particularly proud of Tavius as his Grandfather performed his own spoken word piece, much to Tavius’ embarrassment and to all of our entertainment!  The next morning, as I complimented Tavius on his performance, I could see that he understood the gravity of what he put forward the day before; his awareness of the larger importance of such small things is something that will serve Tavius well as he embarks on his journey.
Tavius, your confidence and command of a room are an asset as you go forward.  Do not assume that these can take the place of preparation, for that way lies ruin and embarrassment.  However, coupled with preparedness, your gifts will set you above the competition!  Go and use them wisely, and come back and share your legacy with all of us!
And tell Gramps to give me a call and share some more stories! 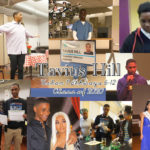 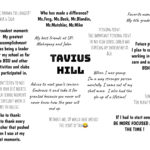 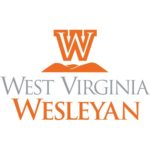 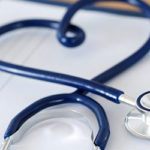