Skip to the content
Mr. Blondin says: Zyon is a man of quiet courage.  I had noticed him while subbing in some classes, mostly for his well worded responses to some conversations that I was dipping into as a teacher here.  I remember thinking that, “Zyon has a gift with words”.  Unfortunately, I never had the opportunity to teach him and explore language with him for a full year as a teacher, but our paths continued to cross around the building, usually around words and wordplay.  During poetry month, I watched him use this talent in front of the school, hearing the musicality in his cadence as he addressed the crowd.  I performed with him that day, for our peers, and it seemed my song spoke to Zyon.  He caught me after and wanted to talk about it and we ended up agreeing to have him pen and MC a guest track on a performance of it for the upcoming Black History Month Celebration.  Zyon prepped, getting frustrated as he tripped a line or slipped on some tricky wordplay, and I felt a little like Mr. Miyagi as I showed him some little tips and tricks.  He sat with me in that dressing room of the August Wilson Center the day of the performance – nervous, pacing, readying himself.  I knew from watching him though – I knew what he was about to show our whole UP Family when he hit the stage.  It was with great pride that I introduced “MC Condon” that day, and as the crowd exploded in support of him, we all watched him rock up on the mic, fearless, amplifying his voice and his words, commanding the attention of his peers and all the adults in the room!  It takes great courage and inner strength to do what Zyon did that day and I was privileged to watch him grow and practice for that moment.   Zyon seemed to shine around UP a little differently after that day, and I am immensely proud that he will carry that light with him and give some of that energy to the world.  Pay attention, friends – Zyon Condon has a lot to offer!  Go forth with that courage, Zyon; it will serve you well! 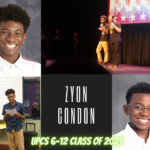 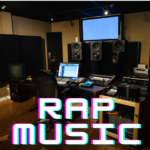 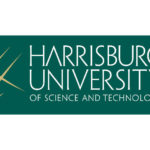 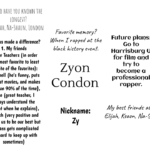 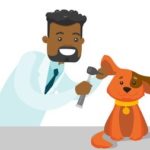